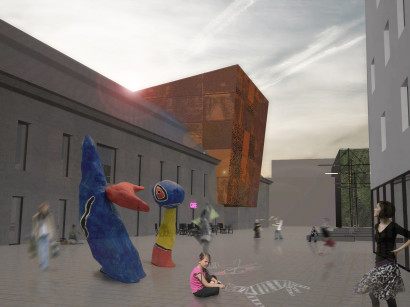 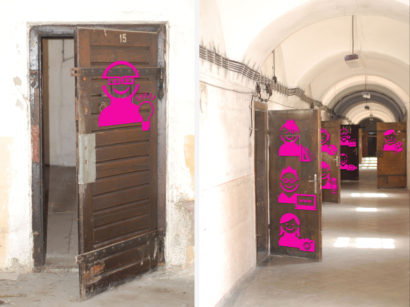 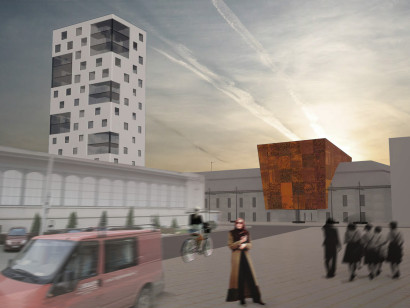 Creative centre in the former prison

The project of the creative centre in Brno was approved by a city council as a part of the regional strategy. The creative centre should offer space for young creative people in Brno. Interdisciplinary confrontation creates new challenges  for young artists and also promotes cultural and economic development. 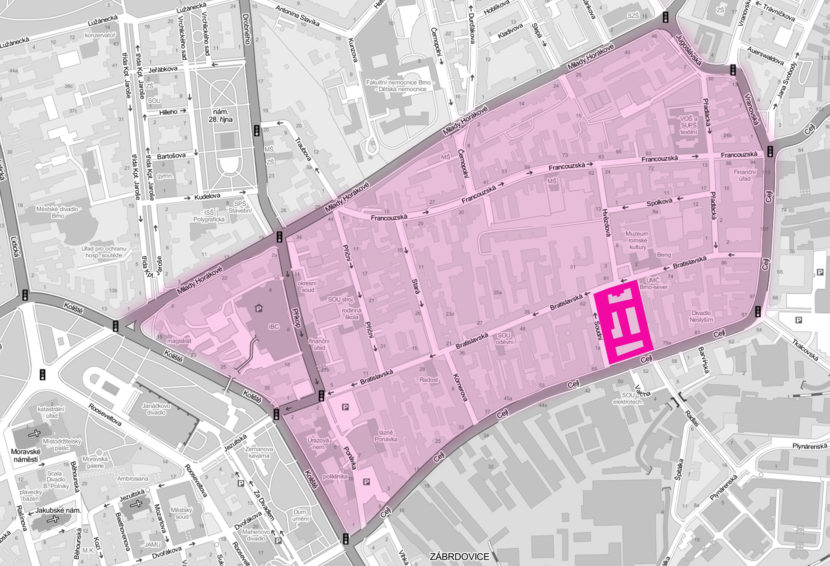 But this location is confronted with many problems. Housing development consists of large blocks with big courtyards. Buildings are falling into disrepair. Social profile of the area is very weak. Population is mostly Roma origin.

The former prison is an architecturally and historically interesting compound of buildings, although the buildings are not heritage listed. The object was built as a law court and a prison in 1772. Then extensions from the both street side of the original bulding were built in the years 1843-44. Since then the prison ´ve occupied whole area between the Cejl street and the Bratislavská street. Today the object is used only partially and it is falling into disrepair.

Boboism: This is a repetitive process. Artists have settled in a ruined area. The atractivity of the area starts to increasing rapidly. Creative people attract interested investors. Independent boutiques begin settle there and then galleries and architectural studios, too. The rental prices are rising quickly. Commercialization of the area is increasing, but the area is losing its authenticity at the same time.

Strategy: This process often happens gradually. In this case the reconstruction of the buildings happens suddenly. It should solve some urban problems of this area, too.

1/ The extensions don´t prosper to the surrounding area, they separate and close the original building.
2/ I propose demolition of the existing extensions. Their layout plan is complicated and doesn´t meet with the new function of the creative centre.

3/ Instead of these extension I propose two new objects, that uncover the former prison in its original appearance.
4/ I raise a mass of a new bulding up on the site of the busier Cejl street. The second new building designed on the site of the quieter Bratislavská street has a longitudinal character.

5/ These buildings respect street layouts and help create two new squares.
6/  I open one of courtyards. Two new squares are connected by this free passage courtyard. I also create some kind of a gate by two massive cubes, which I raise up from the mass of the former prison. These cubes show the modern character of the building.

7/ This connection create a new north-south pedestrian passage, which was missing in the area. 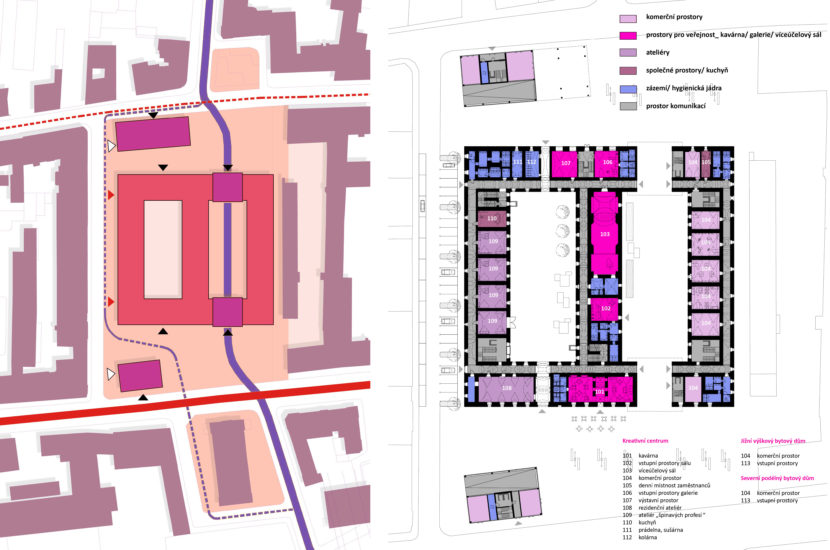 The layout follows the eastern open courtyard, this part of the building is more open to the public. There are shops with design goods, gallery and café in the eastern part of the building. There are studios and accomodations for artists in the western part.  A exhibition hall, a lecture hall, and a large art studio are located in the already mentioned cubes. You can find also a large open space studios in the loft.

The greatest intervention into the existing structure is the proposed passage with the raised cubes. There is totally replaced the original structure. The new raised cubes are solved as glued wooden trusses. There is also designed a new underground parking under the cubes and the paddage. Newly designed staircases provide better accessibility and flow of users in the building. Window sills are lowered, current widths stay, so window girders are preserved. A roof truss is designed newly. Other serious interventions in the structure aren´t proposed.

The new apartment buildings are built in the common structural system.

Corten plates cover the facade of the distinct raised cubes. Dirty rough corten reminds the dark history of the prison. The corten plates are perforated somewhere and light comes inside. Gray plaster is used for the rest of the building.